The battle is on: Faculties compete in blood donation 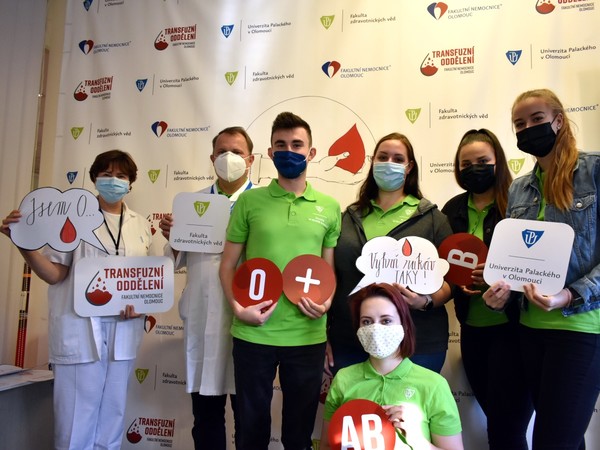 The contest of the Palacký University Olomouc faculties in blood donation has been officially launched at the Transfusion Department of University Hospital Olomouc. The competition to support free donations was initiated by students of the UP Faculty of Health Sciences (FHS), some of whom took the lead and rolled up their sleeves in the blood sample room. The contest, in which students and employees of all UP faculties can take part, will run the entire winter semester.

Dana Galuszková, Head of the Transfusion Department, together with the FHS Dean Martin Procházka, officially launched the competition; even UP Rector Jaroslav Miller came to support the organisers from the UP FHS Student Association and the first donors.

“Thank you for your deeply meaningful activity. The number of donors is declining, and every drop of blood counts. Especially now, when it is uncertain how many donors will come to us during the emergency, and when you might be enlisted to the hospital for help, yet you still come to donate a piece of yourself – it’s actually a double gift,” said Galuszková. She also mentioned that along with the growing number of patients hospitalised with Covid-19, the demand for blood plasma of people who have already contracted the disease will increase.

Procházka thanked the students for their initiative – not only as their dean, but above all, as a doctor, a representative of the field which can sometimes “really use up” the blood supply. In addition to his own words of thanks, Rector Miller also mentioned the recent recruitment to the Czech National Marrow Donor Registry at UPoint, when more than 60 new registered young people were added to the register. “I am very happy about that, and we will gladly continue to support such activities,” he said.

On the very first day of the contest of UP faculties, thirty donors arrived at the local Transfusion Department, and some of the event’s organisers also rolled up their sleeves. According to the coordinator, Jiří Kozel from the FHS Student Association, others are enlisting, too. “I have been contacted by employees of the Faculty of Science, asking where they can pick up the application form, because they are going to donate blood as a group. In the Facebook event, more than 130 people said they were going to participate, so we’re curious whether all of them will actually donate,” he said.

Faculties compete mainly in the total volume of blood donated by their students and employees and in the percentage of donors among their students. Those who are interested can easily join. They fill in a form on which they will receive a stamp after the blood donation at the selected donation point and then place it into the collection box. “The forms and boxes marked Contest of Faculties are located at all eight faculties in visible spots, close to the reception desks. The ninth box is located directly at the Transfusion Department of University Hospital Olomouc, because we expect that most donors will go here,” the organiser explained. The department also has a photo corner where donors can take pictures of themselves – for example with their blood type.

The contest of UP faculties will run the whole winter semester, culminating during the traditional event Donate Blood with the Rector, which is an integral part of the UP Academic Days in February. “We managed to gather a number of nice prizes from our partners from the greater Olomouc area, mostly coupons for experiences or meal vouchers. We will distribute them fairly, by drawing winners among donors from each faculty,” added Kozel.

The competition is organised by the FHS Student Association with the support of the UP Faculty of Health Sciences management and in cooperation with the UP Communications Office and the Transfusion Department of the University Hospital Olomouc. Further information, including the participation form, is available here. 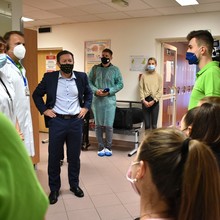 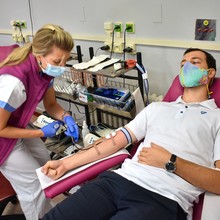 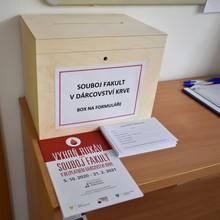