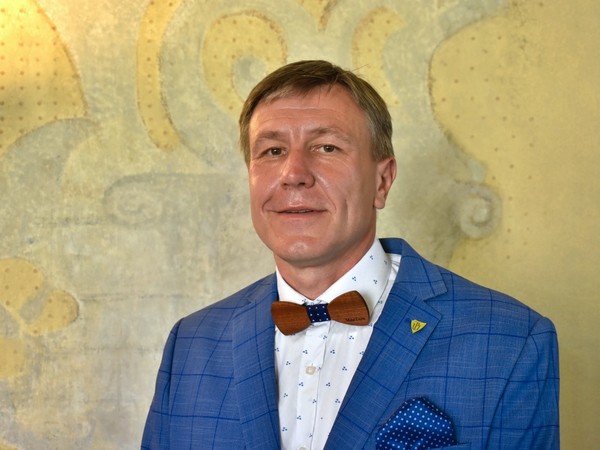 Jiří Vévoda has been chosen to be the new Dean of the UP Faculty of Health Sciences for the 2021–2025 term. The fact that Vévoda, Vice Dean for Science and Research, was the best candidate was borne out by the fact that the UP FHS Academic Senate chose him in the first round of voting.

Three candidates were in the running for the post. In addition to Vévoda, they were epidemiologist Jana Janoutová, Director of the UP FHS Department of Healthcare Management and Public Health, and neonatologist and Head of the Neonatal Ward at Olomouc University Hospital Olomouc, Lumír Kantor. To be elected dean, candidates require a majority vote of at least seven out of twelve senators, which Jiří Vevoda received in the first round of voting.

Jiří Vévoda is employed at the UP FHS Department of Humanities and Social Sciences, and since 2019 has been Vice Dean for Science, Research, and Life-long Learning. When FHS Dean Martin Procházka was elected UP Rector, Vévoda became Acting Dean of FHS. He has experience in management and economics and worked for a number of years at the VZP Public Health Insurance company and also for the Czech Ministry of Health. He has been working at Palacký University since completing his doctoral studies in Social Medicine in 2010. He has been a member of both the faculty and university senates, and also Chair of the UP Academic Senate Economics Commission. In addition to teaching, he has occupied himself with the problem of psychosocial risk in healthcare and the motivation and work satisfaction of healthcare personnel. He intends to carry out his tenure as dean sensibly, with feeling, and with full attention to the job.

The newly elected dean, FHS’s fourth since its inception, is determined to bring spatial, economic, and even personal growth to the faculty. His wish is for UP FHS graduates to become the first choice of every human resources manager, whether they be in the field of outpatient facilities, hospitals, or in the Ministry of Health.

“For my dream to come true, my goal needs to be reached first: and that means a strong faculty, first among its peers, with graduates on the European level. And to let my colleagues breathe easier, my first task will be to secure for FHS its own building, and at the same time to begin to discuss changes in the methodology of allocating funds for next year. Securing space and financial means are absolutely crucial,” stated Vévoda.

During the election meeting, he stated along with Senate Chair Lukáš Merz that after thirteen years of its existence the faculty had two other really impressive candidates for the dean’s chair, each of whom would bring great added value to the faculty.

“It was not an easy vote and perhaps this means a greater weight of responsibility will fall on the new management to persuade the academic community that it was the right choice. Nevertheless, I believe that the faculty is set to go forward,” added Merz, congratulating and thanking all after the secret ballot.

Jiří Vévoda is set to take command of the faculty as duly elected dean on 1 August 2021, though he has yet to be officially appointed dean by the university rector.

We use cookies and any other network identifiers on our website that may contain personal data (e.g. about how you browse our website). We and some of the service providers we use have access to or store this data on your device. This data helps us to operate and improve our services. For some purposes, your consent is required to process data collected in this way. You can change or revoke your consent at any time (see the link at the bottom the page).